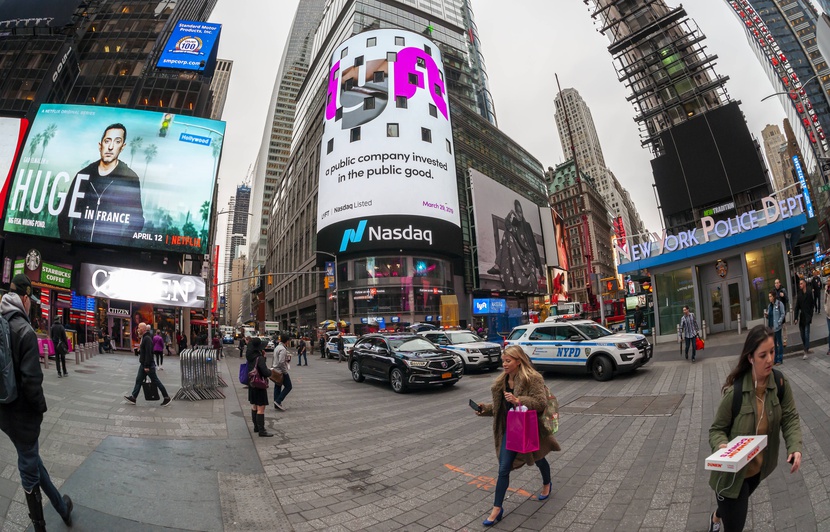 Lyft Goes Public: What the Next Wave of Tech IPOs Means

Lyft hit the stock market last week and if it is any indication, we are in for a high-rolling year of major tech IPOs. Opening at the highest recommended share price, it surged in its first day of trading, generating a major cash out for the group of investors and employees that have brought it all this way. Its bigger rival, Uber, is slated for an IPO later this year and Pinterest, Slack and possibly Airbnb will follow suit.

Ride sharing is a $1 trillion market

Lyft getting to the public market first is a big deal. It has always trailed Uber in terms of growth, usage, and valuation. But the strategy of riding second has just paid off. Lyft capitalized on the new demands of ride sharing that Uber spent so much money to create. Lyft let Uber crash into new markets, fight through taxi regulations, get fought by angry taxi drivers, and watched scandal drop its combative founder. Lyft positioned itself as the alternative to Uber, a more fun, pink moustache option that gave a damn about social issues and didn’t get mired into the chaos of upending livelihoods around the world. When it came time, Lyft was in the position to sprint ahead and hit the market first.

That infusion of cash is hugely important considering that Lyft runs a gigantic deficit (losing almost $1 billion in 2018) in its constant quest for growth. When compared to the trillion dollar market opportunity however, that’s not even a tenth of a percentage point. It’s revenue is still big for a company that is going public, so investors are counting on the size of the opportunity. But Lyft couldn’t keep spending its way to beat Uber without a huge cash uplift, and that’s exactly what they just got.

There is no doubt that Uber’s IPO will be even bigger and more spectacular. However in the short term the IPO gave Lyft a very helpful public boost in terms of press coverage, a positive image boost in terms of a really good financial result, and a lot of cash to help establish itself more deeply in the phones of its current and future users. Even if it ends up taking only a small fraction of ride sharing around the world, that’s what this IPO is really about – getting in while people are still establishing their habits.

Because that’s what their value is really, a habit of usage. Lyft owns no cars of its own. It is essentially an app that connects drivers to a map and payments system. A group of developers could hack together the same essential version with the same essential functions in under 24 hours. Many of Lyft’s users have Uber installed on their phone as well (and possibly other ride-sharing apps). Most of Lyft’s drivers probably have multiple phones operating both Uber and Lyft’s apps (and possibly other apps too). Where Lyft derives its revenue is from the choice of which one people go to first.

As long as people open Lyft first, and the experience is the same that they would get with any other app, Lyft will continue to benefit from its brand and lack of scandals. The war is now on for hooking up the rest of the population that doesn’t have access to its service yet – and that’s where the cash from a timely IPO will go the furthest.

The past few years have seen Silicon Valley’s latest crop of successful startups pass into the mythic Unicorn category (with a valuation of over $1 billion). This recent herd of unicorns are now stampeding towards the stock market, where the realities of investing outside of sunny California can be much different. If companies like Slack and Airbnb follow Lyft, Uber, and Pinterest, 2019 will go down as the year that unicorns found out what their real valuations are.

Not all IPOs go well. Facebook is a notable example where it’s public value traded below its opening price as investors were not sure what the actual value of the service was (it has since recovered and proven to be a cash cow – at all of our personal expense). It’s possible that Pinterest might flatline as eyes get squeezed away towards Instagram and revenue slows. Airbnb might also prove tricky to evaluate now that certain major cities like NYC are heavily regulating them. Uber’s advances in areas like autonomous vehicles and the freight market give it a better advantage compared to Lyft in terms of diversification, but again regulation looms. Countries, particularly in Europe, haven’t quite figured out how to be comfortable treating drivers as “contractors.” From certain perspectives, some drivers might qualify as full time employees. A ruling in one nation could trigger a domino effect that would upend the existing business model.

A shift in Lyft’s business model would be devastating, considering the major losses they are running now in a risky bet to win in the future. Even if they pass their IPO with flying pink moustaches, the color of the future may not always be so rosy.

One thought on “Lyft Goes Public: What the Next Wave of Tech IPOs Means”