iPhone 7: A Continuation Of Underwhelming Design Since the Death of Steve Jobs

Finally I’m not alone in my belief anymore. I said it when the iPhone 6 came out. I said it when the S version came along: Apple’s iPhones are no longer instantly recognizable. They look like every other smartphone on the market. But as an Apple consumer I held out hope that the iPhone 7 would be a beacon on the hill, a return to the days when going to the Apple store was a fun outing, just to touch and see the latest in a long line of incredibly designed products.

I held off getting an iPhone until I saw the iPhone 4. The metal casing and the strong, glass feel gave it gravity. Holding it in my hand, it felt like the future. I ditched my BlackBerry along with the rest of the world and jumped on the iPhone bandwagon.

The Android phones on the market – the Samsungs, Nexuses, and Sony Ericsson’s – felt like cheap plastic imitations. The Android software itself seemed ugly and counter-intuitive compared to the smoothness of iOS. Apple had established itself as the king of the smartphone space that it created. 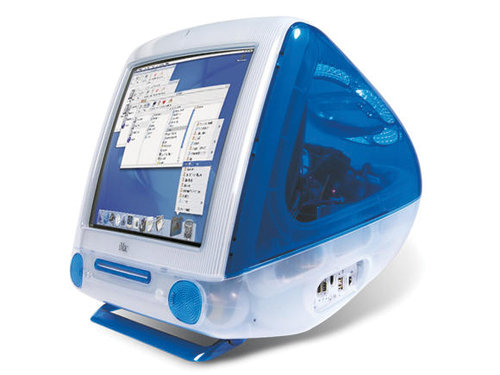 My first Apple product was a blue iMac when I was a teenager. Half computer, half Christmas tree ornament, that iMac was everything that our family’s PC was not. It was fun. It fit anywhere you put it. It begged to be touched and turned on and played with. It worked. I would never go back to having a personal PC again.

But back then Apple was only making computers. When the iPod came out Apple established itself as a broader consumer electronics company, and the design for the iPods was so revolutionary that it combined with the MP3 era to create a perfect mix of ergonomy and utility. Spinning that wheel, scrolling through your music library, it was mind-expanding. I remember looking at my Sony Walkman and just shaking my head. The world would never be the same.

My favorite iPod design was the 3rd Generation iPod Nano. I had the red one to help Bono support some cause in Africa. It was impossibly small and thin. The casing was so smooth and light and the battery lasted forever. You could even play games on it and it was small enough to fit in any pocket. It was even small and light enough that if you were wearing over-the-head headphones and you dropped the iPod, the headphone cable would catch it from hitting the ground.

And how could I not mention my lifeblood, the MacBook Air? Since it came out more than 5 years ago it has been the gold standard in laptops. Countless competitors have tried to copy it, but no one comes close. It floats like air above the surface it sits on. Its battery goes for days. It can fit anywhere you want it and yet it’s sturdy enough to take a few bumps and bruises. I’m so enamored by the design that I physically cannot imagine myself with any other laptop ever again.

Just when I thought that my combination MacBook Air + iPhone 4 was the height of technological design, Apple released the iPhone 5, which respected the revolutionary aspects of the iPhone 4 but a bit slimmer and with a larger screen. It is perfection in industrial design.

But that was the last product that Steve Jobs worked on. The iPhone 6 was the first phone that a Steve Jobs-less Apple conceived and brought to market. The criticism was swift, the camera stuck out, the aluminum felt cheap. It was big and skinny and bent in people’s pockets. Sure it was powerful, sure it had an excellent camera, sure it was the best phone on the market, but it was reduced to a list of specs, which was never what Apple was about.

Now the iPhone 7 shows a continued stagnation. The New York Times talked about the lack of cutting-edge design. Most people just said “meh.” All of the attention was directed over to the wireless earbuds and the cool technology they use. But there is no headphone jack in the iPhone 7. And how are you going to listen to your music when you lost your earbuds down a sewer while you were walking down the street?

Don’t get me wrong, I hate wires and cables as much as the next guy, but the choice to eliminate the 3.5mm jack further forces consumers down the Apple hole. They did something similar with the new MacBook Pro that has only one jack so you have to buy an adapter just to be able to charge your computer and plug in your phone at the same time. You could use other Bluetooth wireless headphones, and maybe that’s the direction everyone will be going over the next few years, but the problem with all wireless headphones are that they have to be charged, and if you want to listen to music on your commute home but your earbuds are dead, even if you have a pocket charger, you are still shit out of luck until they get enough juice. And you don’t even have the option of a backup that you can plug in just in case. Not sure how people will react to that down the road.

Looks like I’ll be holding on for my iPhone 5 as long as I can.

And it also is as good as time as any for you to read my epic, satirical poem based on Dante’s Inferno about Steve Jobs and the sins of technology, get it on Amazon Kindle!

One thought on “iPhone 7: A Continuation Of Underwhelming Design Since the Death of Steve Jobs”